Skip to content
About Us > News > Hydro Box Beautification Update 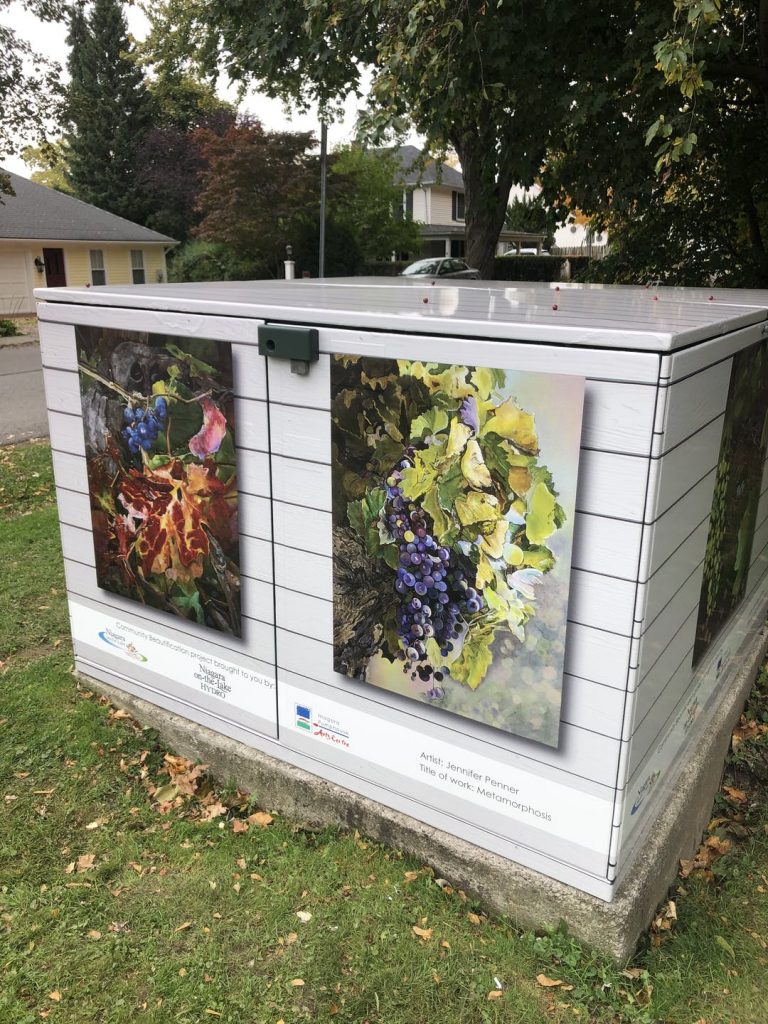 AS PER JOIN THE CONVERSATION FILE:

As a result of the success of the three transformer wraps installed last year, Niagara-on-the-Lake Hydro (NOTL Hydro) is proposing to wrap three more of its transformers this year. The wraps will once again be based on artwork commissioned from local artists and the program will again be run in partnership with Communities in Bloom and the Niagara Pumphouse Arts Centre. Transformers being considered for wraps to include those located near the Community Center, in Garrison Village, and by the Niagara-on-the-Lake Golf Club.

NOTL Hydro has also received a number of inquiries from businesses and residents who wish to see the transformers located on their property wrapped. NOTL Hydro is considering allowing this as long as the wrap is fully paid for by the local resident or business and the wrap is local artwork commissioned through and approved by the partnership with Communities in Bloom and the Niagara Pumphouse Arts Centre. The sponsor’s name will appear on the bottom panel.